1. The failure of the hard disk can be detected by the hardware scanning tool (Figure 1), and the mechanical hard disk is scanned by running MHDD (Figure 2).

How to deal with the flower screen, vertical line and horizontal line appearing on the standard screen?

1. The splash screen (left picture) appears on the startup screen after power-on. It may be due to the resolution setting of the BIOS, and the other is the poor connection of the dot screen line.

2. After the power is turned on, a vertical line or a horizontal line appears on the startup screen (picture on the right), it is determined to be a quality problem of the LCD screen.

3. After power on, there will be a blank screen somewhere in the startup screen. When this phenomenon occurs, the LCD screen malfunctions.

What should I do if I can't enter the system?

How to deal with repeated restart and alarm after the standard product is powered on?

1. The machine restarts repeatedly after power on

2. The machine repeatedly alarms after power on

It is the failure of the memory module, and there is also a flower screen or a crash; this phenomenon can be scanned by the hardware scanning tool, and the phenomenon of (right) scanning will need to be replaced.

What should I do if the standard product cannot be turned on?

1. Cannot turn on after power on

2. Cannot turn on when the power supply is normal

How to calibrate infrared screen under ubuntu system?

When the standard product drifts or fails to touch on the infrared screen under ubuntu system, it can be corrected in the following ways; press Ctrl + Alt + T (left) to enter the command: Calib to correct the infrared screen, after calibration, you must click OK with the mouse Use (right).

What should I do if the wireless network is unavailable?

When the wireless network is connected, WiFi cannot be used normally. First, check whether the built-in WiFi antenna is broken. If it is broken, the signal cannot be received. If the antenna is not broken, it is recommended to replace the WiFi module.

What caused the standard screen to not light up?

The indicator light of the host switch is on, the LCD screen is off, and the touch screen can be used. The fault may be a European-style socket or the output voltage of the high-voltage board is low.

What should I do if the standard USB interface and touch cannot be used?

For all the devices shipped in the past, if the USB interface and touch are unavailable, you can upgrade the BIOS of the machine first. If it is still unusable after the upgrade, it can be determined as a motherboard failure. 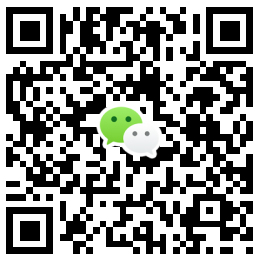